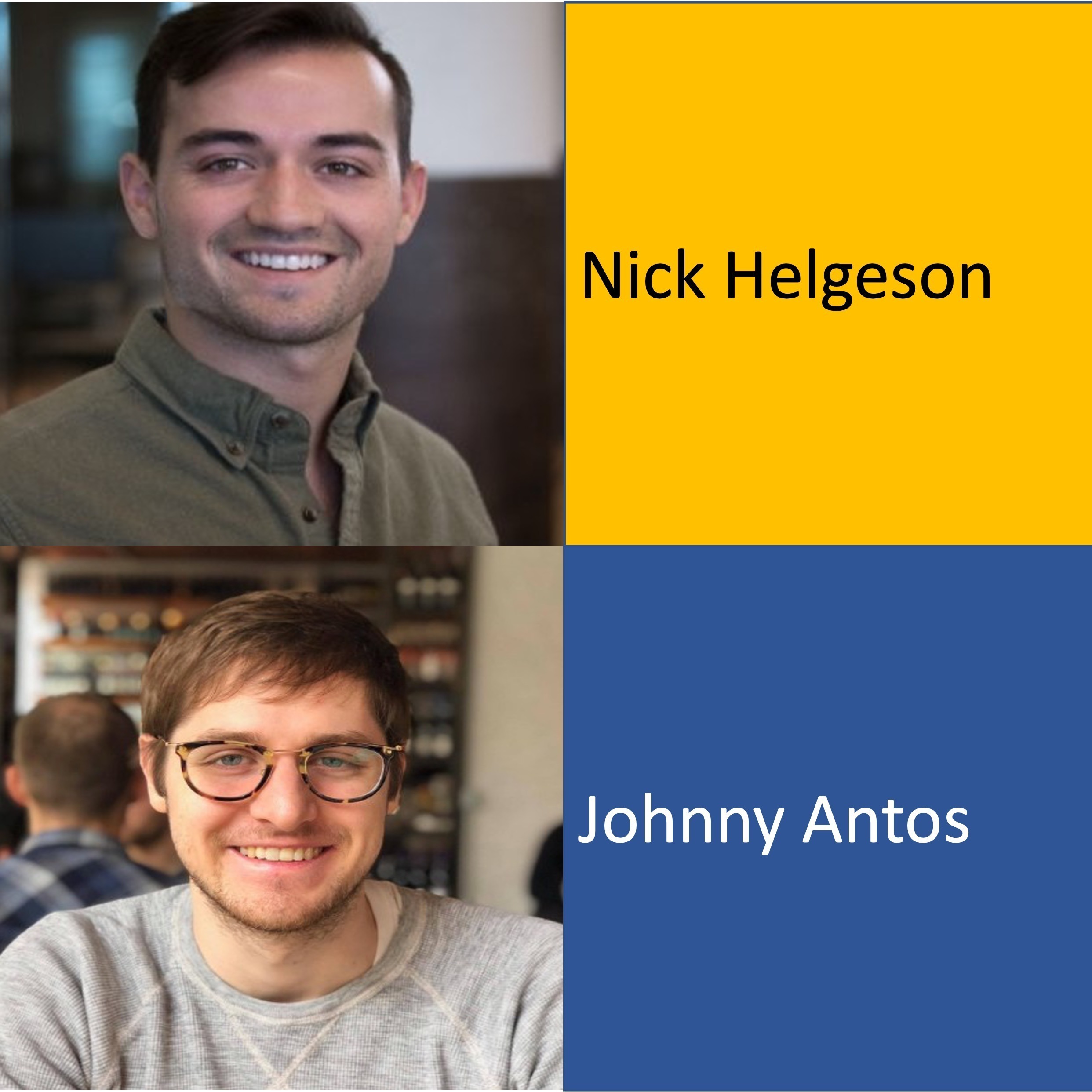 H@H: AtB Ep 6 – On this episode, Nick Helgeson, MBA 2022 and Johnny Antos, MBA 2022 a senior developer at Prysm Group (a consulting firm specializing in the economics of emerging technologies, particularly in the blockchain space), chat with Paul Bryzek. They share how they stumbled into the crypto ecosystem, the Web3 speaker series they created on the Haas campus, and what’s in store for the future of WEB3. This episode was recorded during the Terra Luna stablecoin collapse and Nick and Johnny provide their expert crypto perspectives. Tune into this conversation to learn more about exciting topics like token economics (tokenomics), stablecoins, and how to evaluate projects in the Defi space.

This episode is particularly notable as it was recorded during the Terra Luna collapse on May 10th, 2022. During that day the price of Luna fell from $17.52 to $1.07 and was noticeably falling during the interview itself.

Nick Helgeson on the motivation for starting the web3 speaker series:

“I wanted to help contribute in my own way. And so, I set out to build and deliver what’s now UC Berkeley’s first-ever web three course. It’s housed in the MBA, program, and MBA students can propose teaching or facilitating a one-credit class “

Johnny Antos On the difference between Web2 & Web3:

“The classic one is web2 was read, write, and interact. And now web three brings in read, write, interact still, but now you have verifiable ownership on a blockchain, which, you know, doesn’t sound that game-changing maybe, but that, that opens up doors for interoperability and people actually owning their assets and moving it from one platform or one protocol to another.”

Nick Helgeson on Solana and the trilemma tradeoff:

“What’s called the scalability, trilemma, and you’re effectively trading off between, three things, on transaction throughput, the other one is decentralization. and then the third one is security. And so, in choosing a proof of history, consensus protocol, the Solana development team made a pretty conscious choice in optimizing for speed.”